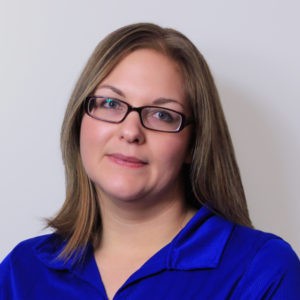 Most entrepreneurs need little convincing when it’s pointed out that owning and operating a business is a challenging endeavour, especially in the early years, where the learning curve is the steepest and the stresses the most acute.

For Amanda Arends, owner of Cottages on Wheels in Brighton, those issues have been exacerbated by the loss early in 2017 of her husband and business partner Ron. But it says a lot about her fortitude, her dedication and her business acumen that she and her team have persevered and prospered.

Cottages on Wheels was essentially Ron’s idea. Understanding the popularity of area parks such as Sandbanks, Presqu’ile and Ferris as well as the lure of the lakes and rivers of the Bay of Quinte Region and surrounding area, he hit upon the idea of offering full-service camper rentals, something that was rare in the industry at the time six years ago.

“He got a bonus from work one day and came home and said he bought two trailers and we were going to rent them out that summer. He knew there were a few people doing it but when Ron got into it he decided we were going to pick up and deliver the trailers for the clients. And we also have all the stuff the campers would need so they wouldn’t have to pack their entire house or apartment. That’s why we have been so successful, I think, because we made it easy for people.

You could literally just show up. We have had people come on trains and bicycles and motorcycles,” Arends said, adding that by ‘everything’ she means bedding, towels, cook and eating supplies and utensils, a barbecue, beach toys for the kids, board games, decks of cards.

Clients also have the option to rent camping chairs, dining tents, coolers, outdoor dining tables if required. At the time the camper rental business was begun by Ron, Amanda created what was then known as the Brighton RV Spa, which was a cleaning and detailing business to run alongside the rentals, which were essentially seasonal.

With the passing of her husband, all the varied aspects of the RV operation were brought under one brand, Cottages on Wheels. Currently boasting a fleet of 12 trailers, Arends said they do booming business with folks coming to the various parks and campgrounds. But they are also popular for use at outdoor weddings and family gatherings as well as various regional music festivals, including the hugely popular Havelock Country Jamboree.

“When you call the Havelock Country Jamboree and ask about a trailer rental, they will give you my phone number. And that sort of word of mouth has helped build the business over the years. The parks and campgrounds will also recommend us as well when people say they want to come to the campground but want to rent a trailer,” she said.

Trenval has been a key partner in the Arends’ business life for many years. Even before the decision to open the camper rental business, Ron went through an entrepreneurship training program while he was laid off from a previous job, eventually opening a small equipment rental business. A few years later, when

Amanda was on maternity leave and didn’t have a position to return to, she went through the same program.

“It helped a lot with business planning, about how to lay things out over the short and long term and how to think outside of what is going to happen tomorrow. It helped us become more disciplined and organized for sure,” she said.

“They have been fabulous, especially since losing Ron and all that trouble. It was a huge hole to have him gone this past year, so I went back to them, they were so helpful and supportive. They taught me how to plan things out, helped me work out a budget and figure out how much money I was going to need. They also helped me with financing and getting things organized again and getting a loan to tide me over until I could get on the upswing again. I mean, they have been amazing the whole time.”

The business was a dream of both Ron and Amanda’s to allow for a certain amount of independence, but it was also meant to be a legacy for the couple’s three sons. Oldest boy Joshua already works for the company full time, while Logan is just finishing elementary school and Devon will be in kindergarten in the fall of 2018.

“It’s basically for them. That’s what Ron always wanted, that’s what he was building it for – for his boys.”