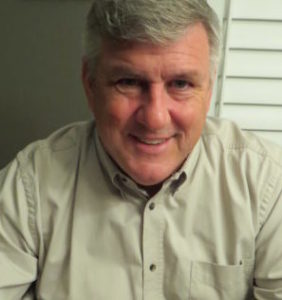 One of the keys to success of any sort of small business is understanding the needs of the marketplace and working to meet those needs. Such is the case for Steve Andrews and Quinte Patient Transfer Service (QTPS).

Andrews brings an incredible versatility and level of experience to his business. Throughout a 24-year career in the Canadian Forces, Andrews served in a number of theatres of operation in a host of medical capacities. Starting off first as an army paratrooper medic, he then became an air medivac medic with a tactical helicopter squadron before enhancing his training as an elite search and rescue technician.

Upon leaving the military, Andrews worked in an Emergency Room in Windsor, Ontario, where he first encountered a service like the one he would establish in the Quinte Region.

“I saw this company come and go all the time and I asked the other staff who these people were because they didn’t seem to be associated with the EMS system. I was told this company was filling a gap because it was too expensive to provide non-urgent patient transfer with EMS ambulances and because there was such a high demand for them. So, I wondered if there were these sorts of companies all over the province,” he said, the idea for what would become QPTS already germinating.

“When I came back to Trenton I did some investigating and found that there was no local company that provided this type of service. So, I started up around 2005 and haven’t looked back.”

The core business is in the name of the company. Quinte Patient Transfer Service will take an individual who does not require emergency care, or critical care, to and from hospitals, medical appointments, or back home from surgery.

“If you have a loved one and they are elderly and have mobility, they usually need to go to Kingston for a diagnostic. And they can’t be transported by car or bus. We also have renal patients going for dialysis, patients that are in nursing homes but they have to go to a hospital for testing or to see doctors, and many of those are repeats because they have regular appointments,” Andrews said, adding that what makes QPTS special is that they do bedside to bedside transfers, and all staff are highly trained in lifting and moving patients for the safest possible process.

“A lot of older houses were not designed to think about things like stretchers and wheelchairs, as well as stair issues. We have special equipment and training to deal with that, which has created kind of a niche for us. Many other agencies will do curbside transfers whereas we go the next step and make sure people get in and out of their house safely and comfortably.”

There have been significant challenges that Andrews and Quinte Patient Transfer has had to endure, the most significant of which happened about five years ago, when the model for hiring firms like QPTS changed and local companies were squeezed out in favour of larger corporate entities.

“At that point my service was pretty much cut back to about 25 per cent of what it was. And I had to cut back on both my staff, so now I have five employees plus myself, three ambulances and two mobility vans. I learned that in business you must cut the cloth accordingly. And I have to be very careful about how I spend money going forward because in this type of business it’s considered to be just-in-time service delivery, which means you can’t put things on the road unless there’s going to be income to cover it, otherwise you’re going to dig a hole for yourself that you can’t out of. But we persevered and we’re still here and doing about 1,200 transfers a year an that number continues to rise,” Andrews said, adding that he is very optimistic about both the short and long-term future of his company.

Trenval played a very significant role in helping Andrews get QPTS up and running at the outset.

“I wrote out a business plan and visited the Small Business Centre and they helped me establish my business and get me registered. I started the company with my own funds; it took my severance from my retirement and a little bit of savings so that was fine,” he said, but added capital difficulties arose when he was looking for funds to find a property to build a base for his operations.

“I approached Trenval, who loaned me the money to do that. They helped me crunch all the numbers and looked at the business plan in detail. They helped be get my feet well anchored. They believed in me over the long term.”

And Andrews believes in the viability and growth of the Quinte Region and continues to build his business, realizing that ultimately, people want to deal with local businesses who have deep connections to the community and its people. And that’s what Quinte Patient Transfer Services is all about.
For more information, visit www.qpts.ca